I Never Thought That I Would Need Help
In Blogs 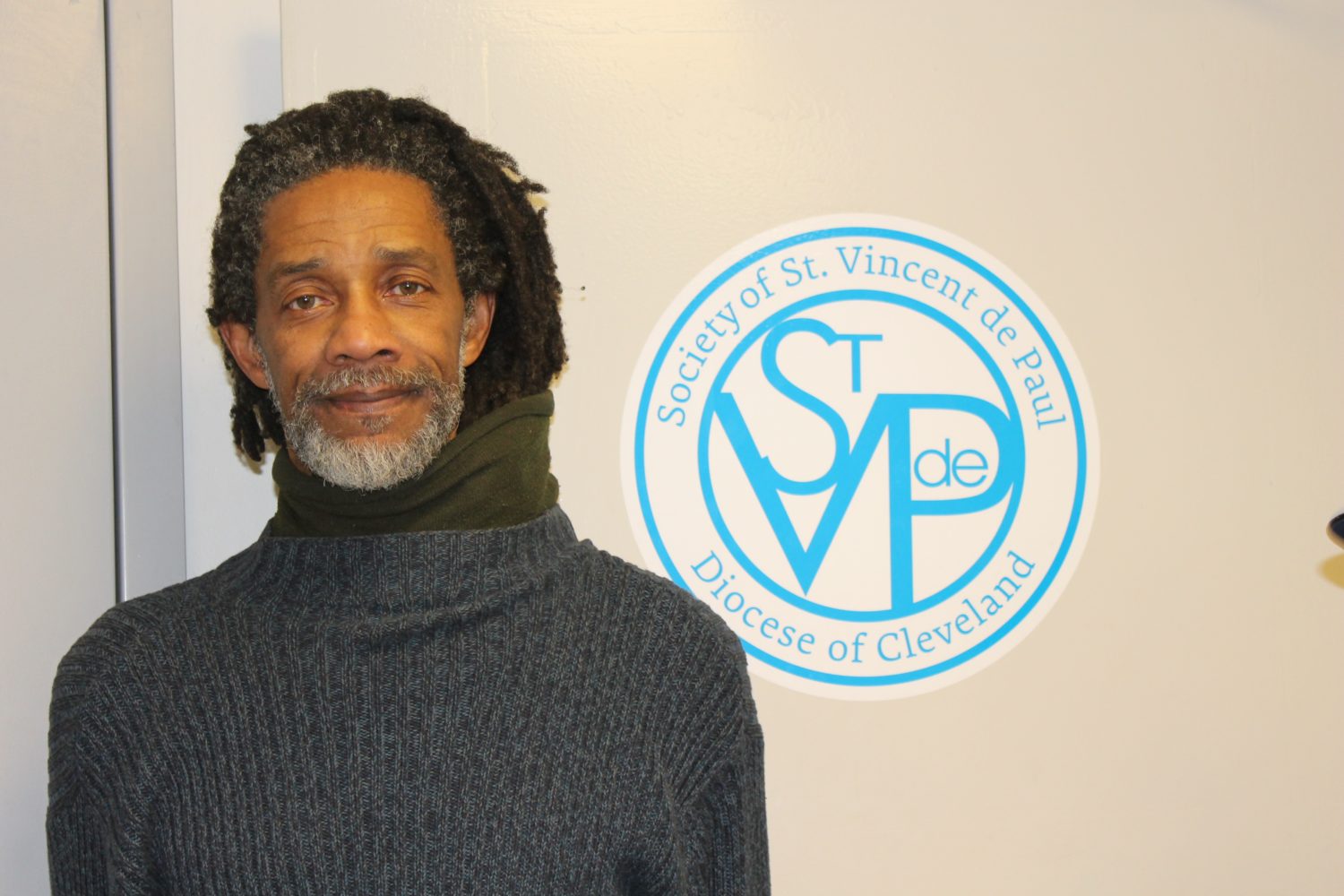 “It was like a lightning bolt out of the blue!”

This is how he describes the shocking moment he found himself homeless and hungry for the first time in his life.

Before this time, Lynardo and his wife of 43 years had been living for more than three decades in a comfortable middle class suburban Cleveland home that he painstakingly fixed up throughout the years.

Hunger and homelessness were two things he never had to worry about.

But when his marriage took a turn for the worse, Lynardo suddenly found himself banished from his home, alone, hungry and living on the streets.

“It was something that I least expected,” he said. The challenge now was finding help so that he could survive this crisis.

Lynardo was worried that his lack of an address might prevent him from receiving emergency food, but was pleasantly surprised that the St. Vincent de Paul Society staff and volunteers were able to register him in the hunger center’s computer system and give him the help he needed immediately.

He was also impressed by the workers’ genuine concern for his wellbeing, such as whether or not he had a roof over his head at the end of the day.

The emergency food he received through the St. Vincent de Paul Society was a much-needed blessing during a very difficult time, Lynardo said.

Today, he is off the streets and lives in a house that he is renovating for a friend. And during the summer, he is employed as a landscaper at a golf course.

But he still occasionally relies on St. Vincent de Paul Society’s Woodland hunger center, especially during the winter when it’s more difficult to find work and his funds are limited.

“I’m very thankful for what I get at the hunger center,” he said. “It supplies me with the staples so that there’s less I have to buy. This helps my bottom line.”

He added that his experience has been humbling because he now has a new respect for people who are in crisis.

“There needs to be an entity to help others in these situations, and St. Vincent de Paul Society is that entity,” he said.

Lynardo is only one example of the 13,000 deserving adults, children and senior citizens in Northeast Ohio that the St. Vincent de Paul Society hunger centers feed monthly, thanks to the generous contributions of kind neighbors.

Whether it’s through non-perishables, fresh produce or hot meals served with a kind heart and caring smile, SVDP hunger centers offer people in crisis the nourishment they need to sustain them when there’s no other place to turn.