CLEVELAND, OH – August 11, 2021 – The Society of St. Vincent de Paul (SVDP), Diocese of Cleveland Board of Directors is pleased to announce that Gary Sole has been named Chief Executive Officer effective August 10, 2021.

After a 30-year career as a financial services executive — which included two decades at National City Bank — Sole most recently served as SVDP’s Chief Operating Officer. He was selected for the CEO position after a subcommittee of the Board conducted an extensive search. Sole will lead the Society’s central office in supporting the organization’s 2,300+ members and volunteers who provide emergency assistance to nearly 200,000 low-income individuals annually across the Diocese of Cleveland’s eight-county service area.

Sole joined SVDP’s staff in 2019 as a liaison to its 59 member parish groups.  In his new role, he will continue to focus upon supporting, retaining and expanding these groups, in addition to strengthening relationships with current community stakeholders and cultivating new partnerships, according to Ed Leszynski, Board president.

“In addition to his financial acumen, Gary has a deep personal commitment to the Society’s mission, which was especially evident during the pandemic,” Leszynski explained. “Since the onset of the health crisis, Gary’s leadership was critical at our hunger centers as he worked closely alongside volunteers and staff to make certain that we continued to safely feed neighbors in need. He exemplifies Pope Francis’ call to ‘bring the healing power of God’s grace to everyone in need, to stay close to the marginalized and to be shepherds living with the smell of the sheep.’”

As CEO, Sole said that he will work closely with the Society’s parish group members to foster more collaboration and the exchange of ideas, especially in regard to systemic change. “I look forward to partnering with our Board of Directors and our volunteers to expand upon programs that empower people in need so they have the tools necessary to improve their quality of life.”

Sole has served in executive roles at several other institutions that include Lakeshore Community Credit Union, Inc., Steel Valley Credit Union, and CIT Group Inc.  He holds a Bachelor of Arts in Economics from Baldwin Wallace University. He is a volunteer with the St. Vincent de Paul Society group at St. Ladislas Church and resides in Westlake with his wife, Kristine, and daughter, Alexis. 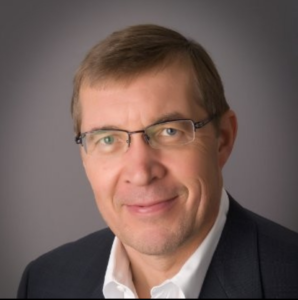