Sweet Idea: YP Board Scoops up Advocacy and Ice Cream
In Blogs 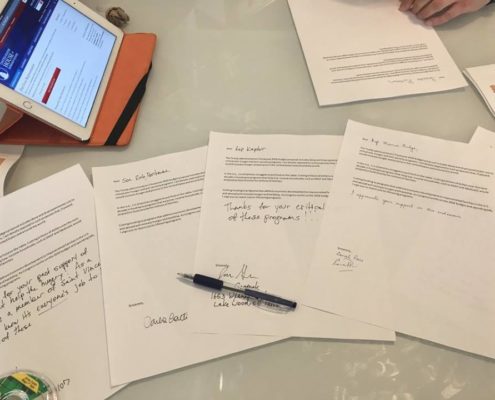 Held at a Tremont Scoops ice cream store on a sunny Saturday afternoon, the group of volunteers hosted a letter-writing initiative to members of Congress in support of programs that benefit the hungry and impoverished. To sweeten the deal, ice cream store patrons even received a discount on their purchase if they participated in the campaign. 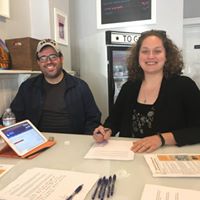 Advocacy for the people SVDP serves is a key component of the Cleveland YP Board’s mission, he explained. “We thought mixing in a fun event like getting ice cream with something needed right now — given the political climate — to advocate for SVDP clients would be an engaging and purposeful event that would attract young adults and others.”

The initiative, which was held on September 9, also presented another opportunity to promote the Society and its good works to the general public.

The National Society of St. Vincent de Paul’s advocacy arm, Voice of the Poor, encourages SVDP Councils across the U.S. to bring attention to the issues critical to people living in poverty. 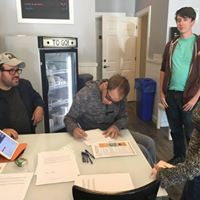